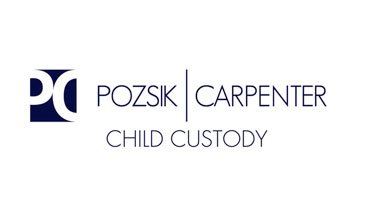 Determining child custody is one of the most emotional parts of a divorce. At Pozsik & Carpenter Law Firm, our divorce and child custody attorneys in Columbia SC will fight to protect your child’s best interests. When you meet with our team, we will sit down with you to fully understand your situation, provide you valuable guidance and advice, and create a plan to get the best outcome possible. You can have peace of mind knowing that our compassionate attorneys will always keep you informed on the status of your case.

Parents can address the issues of child custody and visitation of their minor child/children by filing an action in the South Carolina Family Court. Child custody cases can be a part of a larger action of divorce or separation, or they can be the sole issue raised by either parent.

Child Born Out of Wedlock

Unless the court orders otherwise, the custody of an illegitimate child is solely in the natural mother unless the mother has relinquished her rights to the child.  If paternity has been acknowledged or adjudicated, the father may petition the court for rights of visitation or custody in a proceeding before the court apart from an action to establish paternity.

Essentially, a father must petition the Court to enforce his rights in this situation.

Do Mothers Always Get Custody of Children?

South Carolina law has no presumption favoring mothers over fathers or fathers over mothers in child custody cases.  As noted in S.C. Code § 63-5-30:

In years past, the court used to say that the court would leave a minor child of “tender years” with the mother. The only way for the father to obtain such custody was by proof of the mother’s severe neglect or unfitness (on the basis of morals or health) to care for the child. That is no longer the case.

What is Considered During a Child Custody Case in South Carolina?

South Carolina law requires the Family Court to determine the best interests of the child. The court considers a number of things in determining custody, including but not limited to:

Once the court has weighed all the relevant criteria the court will issue a final custody order.

Once the judge signs the final custody order and it is filed, the order is binding; however, if there is a substantial change in the circumstances a parent may seek modification.

Schedule a consultation to talk about the specifics of your case with an experienced child custody attorney in Columbia SC. The team at Pozsik & Carpenter Law Firm understands how to best present cases to the family court to get the best possible outcome. 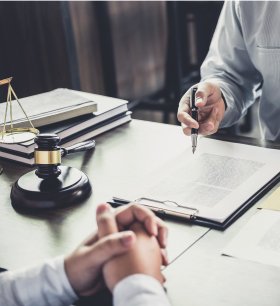 Highly recommended for any family law, adoption, or divorce needs you have in the Columbia, SC area. Josh Pozsik has the reputation of being an honest and trustworthy attorney, and has had a lot of success helping his clients through difficult times. Patrick O.

TELL US
ABOUT
YOUR
CASE